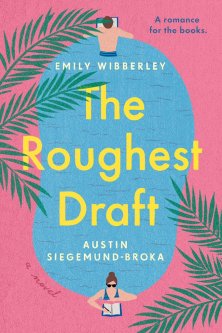 They were cowriting literary darlings until they hit a plot hole that turned their lives upside down.

Three years ago, Katrina Freeling and Nathan Van Huysen were the brightest literary stars on the horizon, their cowritten books topping bestseller lists. But on the heels of their greatest success, they ended their partnership on bad terms, for reasons neither would divulge to the public. They haven’t spoken since, and never planned to, except they have one final book due on contract.

Facing crossroads in their personal and professional lives, they’re forced to reunite. The last thing they ever thought they’d do again is hole up in the tiny Florida town where they wrote their previous book, trying to finish a new manuscript quickly and painlessly. Working through the reasons they’ve hated each other for the past three years isn’t easy, especially not while writing a romantic novel.

While passion and prose push them closer together in the Florida heat, Katrina and Nathan will learn that relationships, like writing, sometimes take a few rough drafts before they get it right.

Disclaimer: Slight spoilers will be revealed in this review. You have been warned.

The Roughest Draft by Emily Wibberley and Austin Siegemund-Broka is, by far, one of the most frustration-evoking books read to-date. With miscommunication galore, pitiful tension and infuriating main characters, readers are in for the ride of a lifetime that takes an unnecessary amount of time.

Starting from the beginning, The Roughest Draft is paced at the same rate as a snail’s movement. It dregs on and on and on, with filler scene after filler scene that makes one wish to skim through instead of thoroughly read through. There is little foundation for a solid hook and grab, and having DNFed the book once before, it made it tempting to do it again. All in all, it can be determined that this book would have been better off with a minimum of 60 pages less than what it has. With less filler scenes, it would not have felt as drawn out as it was, and it can be believed that that would help fix part of that issue.

To add, the main characters in this book were insufferable. Katrina lives with anxiety, though it is never really talked about except maybe once towards the end of the book. While it is normally nice to see a main character who lives with anxiety, this one did not feel real at all. It felt as though her anxiety was solely used for the purpose of the romance conventions and plot of the book—in which the last act break-up and the partnership coming to an end was almost solely blamed on her anxiety, despite it having very little baring with her character. Among this, Nathan’s character fell flat. It was interesting to see him realize that what he felt for his ex-wife had not been love and was instead just loneliness paired with the need for companionship, and how he came to terms with that and made movements to deal with the situation. But past that point for his character, there was not much else to build from or go forth with.

The plot of this book as a whole was flimsy. As mentioned in the previous paragraph, Katrina’s anxiety was blamed for their demise as a co-writing duo. While this could most definitely happen in real life, the way it was brought up, explored, and pushed in the book was tactless. It had no structure to it, and it failed to truly move the reader in the way it could have. Along with this, there was a major plot hole that was fairly noticeable toward the end of the book. Katrina and Nathan claimed that they had never cheated, and while it may not have happened with Melissa, Nathan’s ex, it did happen later on. Despite hard feelings for Chris’s character and how he gaslit, guilt-tripped and gave disinterest in Katrina’s fidelity to him, it was unrealistic to say that Nathan and Katrina never cheated when they had kissed and grinded against each other during Katrina’s relationship with Chris.

Overall, this book was an unsettling and unenjoyable read. Did I want to chuck it across the room several times? Yes. Did I wish I would have just DNFed it a second time? Surprisingly, no. The ending of the book had a bit of redemption, and for that, I gave The Roughest Draft two (2) stars. I have only previously read one book from Wibberley and Siegemund-Broka, that being their young adult debut. As this was an adult debut, I had higher expectations that they failed to fulfill, and I sincerely hope that major improvements can be made for their next one.

Emily Wibberley and Austin Siegemund-Broka met and fell in love in high school. Austin went on to graduate from Harvard, while Emily graduated from Princeton. Together, they are the authors of The Roughest Draft, as well as several novels about romance for teens. Now married, they live in Los Angeles, where they continue to take daily inspiration from their own love story.

Want my reviews faster than they’re posted, as well as exclusive access to my short stories and writings? Subscribe to my Patreon! 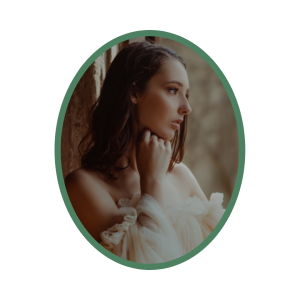 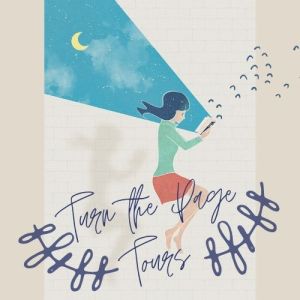